Tour starts at 09.00 am with picking you up from your hotel with professional tour guide and driver.

After that we will proceed Paşabagi, also called the Monks Valley because Christian hermits chose to locate hermite cells and churches in three-headed pinnacles symbolic of the Holy Trinity.

St Simeon was one of the many monks to take refuge in Cappadocia, attracted by the solitude and isolation that the region provided, St Simeon built his home 15 meters above the ground in one of the fairy chimneys, descending only to collect the offerings of food and water that his followers brought to him. Also, there you will see some of the most striking cones in Cappadocia with twin and even triple rock caps and they are known as the mushroom-shaped fairy chimneys.

Our next destination will be Devrent Valley also known as ‘Imagination Valley’. It is the most surreal-looking scenery. This valley is famous because of its lunar landscape. You will see Cappadocia’s most famous fairy chimneys that look like camel,animal or human figures there.

After Sinasos,we will visit Cemil Church. Cemil Church,which is one of the well preserved church in Cappadocia, was constructed in 1882 in Cemil village. Due to the entrance on the left side a small chapel engraved into the rocks and remained from the old periods can be seen today.

Cemil Village has not a lot of population living today due to the population exchange in 1923. Therefore,Cemil village is one of the villages that best reflect the Greek architecture in the Cappadocia region.

And then we will proceed Taskinpasa, which is a typical Cappadocian village,is located by Urgup-Soganli road. There is a Taskinpasa Medrese (theological school) built by Karamanids(a 14th  century dynasty in Konya) and a antiquated mosque, both are built during the Seljuk period. Here you could meet indigens and you will have a chance to drink Turkish tea with them. And we will eat local foods inside of the local village cave house.

Our next stop will be Sobesos Ancient City, which is the first ancient Roman city of the Cappadocia. It is originally a Roman settlement from the 4th century AD.  The most well preserved bathroom and continuing archaeological excavation of the Cappadocia.We will visit the excavation site where you will be able to see, among other typical Roman buildings, meeting hall, the main attraction of which is the beautiful mosaic flooring.

And then we will visit  Mustafapaşa Village former name is called Sinasos where the sun is rised. Sinasos is an old Greek village which is famous for its beautiful architecture. The place of the warrens of grottos are hidden behind statuesque neo-clasical houses. It’s former name during the Ottoman Empire was Sinassos (“city of the sun”), and it was one of the largest Greek settlements in Cappadocia until the beginning of the 20th century.In this region the town is known for the ornate carved stonework of its houses. They had build all kind of necessity area to continue their life.

Our last destination will be Keslik Monastery,  which is consist of 3 churches, vinery refectory, dining room, firing places, baptisery, sleeping and living quarters that they were carved out of the rocks.If you would like to see Iconaclastic periods of the Cappadocia probably you will see the most rare one with it’s unique frescoes with the local agricultural products. Which is date Byzantine Era the King of III. Leo.

Why You Shoul Prefere Rainbow Tour?

There are many daily Cappadocia Tours which name are Blue, Red, Yellow and Green in our region. Those are the most popular and touristic places in Cappadocia. As a Gomeda Valley Travel we thought that we have to find something more colourful. In this scope we organised RAINBOW TOUR. Rainbow tour consists hidden beauties of the Cappadocia. On the contrary of standard daily tour, Rainbow Tour will show you “not touristic” and “Village Life” of the Cappadocia. You will meet local people and you will have a chance to be guest of their home with delicious Traditional Cappadocian Food. You’ll discover an area’s fascinating stories, cultural wealth, rich history, and tradition. We will visit the excavation site where you will be able to see among other typical Roman and Byzantine buildings, Roman Bath, meeting hall, the main attraction of which is the beautiful mosaic flooring. We present the key highlights and also give you access to those hidden-away treasures that only the true connoisseur knows. Imagine that you will visit a Roman Town which is established in Central Anatolia. Our Rainbow Tours are based on extensive preparation and – most importantly – on the profound and detailed knowledge of our tour experts and local guides. On our tour you’ll be personally escorted by a specialist guide, typically an archaeologist and also native in Cappadocia. Highly memorable experiences, such as staying in great locations and tasting unforgettable cuisine which representing the area’s culinary or lovingly renovated traditional village houses will be the most amazing memories for you. We will share the areas its cultural wealth, to explore the rich history and tradition. 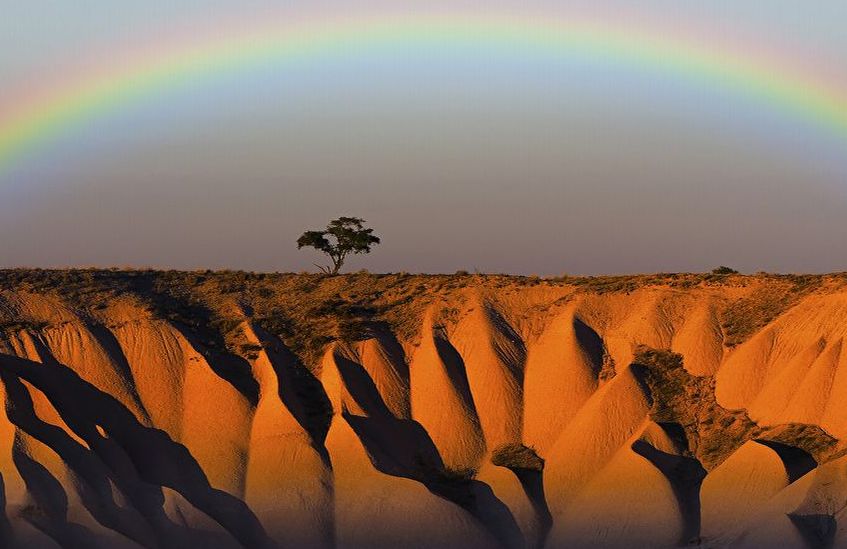 Be the first to review “Local Cappadocia Tour” Cancel reply 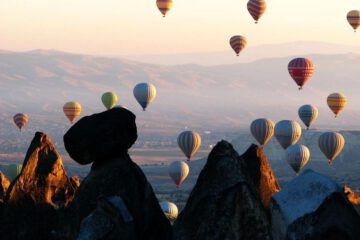 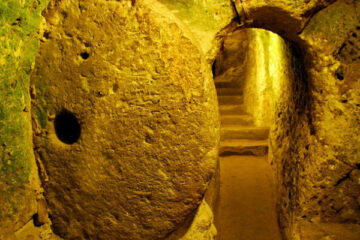 Cappadocia Green Tour The Scope of the 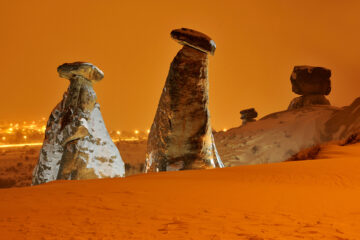