Cappadocia Tours, Cappadocia is one of the most mysterious living spaces in the world that has hosted dozens, perhaps hundreds of civilizations. This region composed of tuff /tufa which is coming from several volcanic mountains around Cappadocia. However, when you compare the tuff with another rocks it is softer so it is easy to dig. With this features people were living inside of the rocks. Instead of building a new house people prefer the live inside the rocks. There are many reason that people chose living inside of the rocks. For example, it is cold in summer and warm in winter time. For protection as well.

By carving the cliffs, people did living area like an apartments all around the Cappadocia.

People carved the rocks not only for dwelling but also for sanctuary, warehouse, pigeon houses, stable, atelier etc.…

There are underground cities in Cappadocia, some of them more than 10 km long and capable of hosting thousands of populations.

The borders of Cappadocia changed many time throughout the history. Cappadocia is a region which consist a lot of cities. There are some tour programme for this region but it is not enough to discover whole Cappadocia.

As individuals who were born and raised in this region, we have adopted the principle of providing service to our visitors who want to discover Cappadocia in a real way and we opened our company for this goal. Being a popular region, it has attracted a lot of investors from outside.

There are many tourism agency in Cappadocia who is doing commercial works for the tourist yet we were born in this region and from childhood we would like to introduce our hometown to the world. Our main goal is recommendation due to this reason we want to be in a good and friendly relation with our dear guest. We do not want to show only touristic sides of the Cappadocia. We would like to introduce real life of Cappadocia. 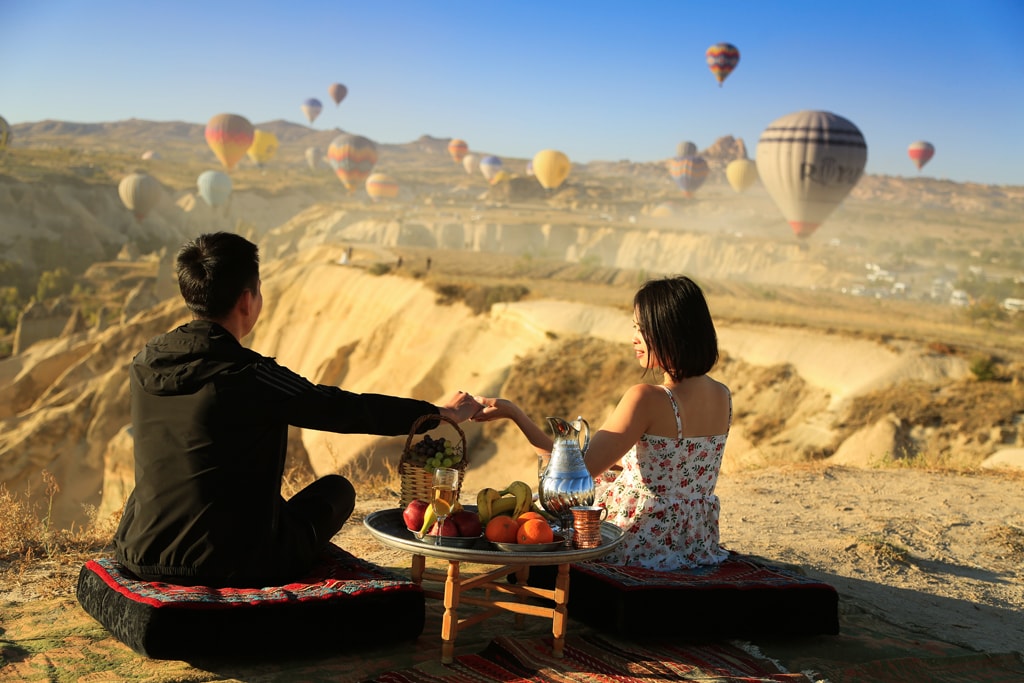 One of our principles is to organize trips by giving personal and detailed information to our region by organizing tailor-made tours rather than 20-30 people speaking and difficult to understand tours. Our professional tourist guides will prepare a tour according to your interest and curiosities. For example, if you want to visit places and churches in terms of Christian beliefs, we can create different routes if you want to get ideas about the social life of people thousands of years ago and go on a journey of thousands of years by making predictions.

The tour routes we have created on our page do not mean that we only offer limited services with these tours. There are several tour programme and many different opportunity that we have in our agency. Your recommendation and thoughts are very important for us. We look forward to meeting you and exploring Cappadocia together.

The Cappadocia Hot Air Balloon Flights had been restarted on August 22, 2020 after the covid 19 breakdown suspension. The flights does not include an infection risk because of the balloon baskets are not closed area. The basket limits are vary from 12-28 passengers. Also with the new normal rules its going to be forbidden to fly without wearing mask and social distance and other measurements by General Directorate of Civil Aviation who coordinate the Cappadocia hot air balloon flights.

Cappadocia is one of the best destination for balloon flights in the world. Hot air balloons fly year round above the valleys that filled amazing natural rock formations, especially fairy chimneys which had formed by the gas, solid and flowing substances throw out from volcanoes. Cappadocia has a lot of attractive activities along 12 month of year to feel its atmosphere deeply.

Horse riding,  ATV-QUAD tours, local tours, jeep safari, package tours, and tailor made tours. All activities are taking place with the virus measurements by domestic and international tourists right now except the hot air balloon flight. While world is begining to ease restirictions and adapt the new normal rules; the tourism trying to be a platform for overcoming the pandemic. Turkey’s tourism sector is ready to start its activities with the lessons learned from the pandemic. The country take a lot measures on every step. You can check the statistics and measures from here To read more FAQ about Cappadocia Hot Air Balloon Tour. Book your place now! Pay the lowest price! No pre-payment! Pay on arrival!