The Gomeda Valley is an ancient settlement located 3 km away from Mustafapaşa Town.
Mustapaşa (Sinasos) is almost 5 km away from the Ürgüp. Gomeda was a settlement among
the natural valley where amazing dwellings carved into the volcanic rocks. It is very easy to
reach to the valley by car from Ürgüp, besides that there are several entrance to the valley
from Ayvalı, İbrahimpaşa and Ortahisar Villages. From the top of the valley you will see huge
settlement and there are houses built on top of each other like apartments on a very large rock
surface. 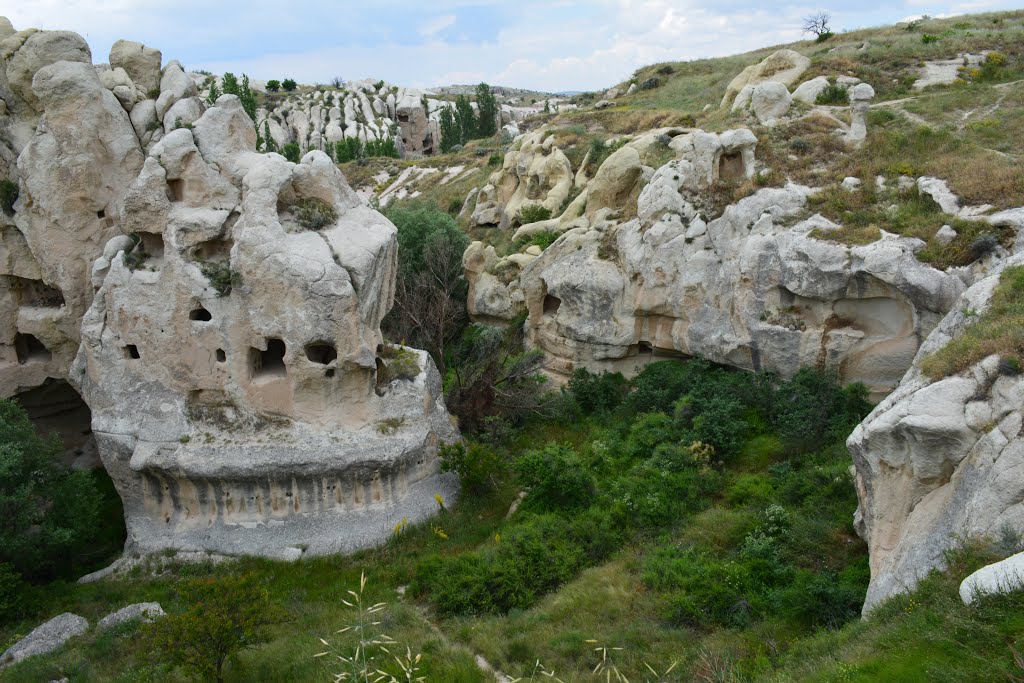 What I will see in the Gomeda Valley?

There are many pigeon loft and dwellings on the both side of the valley. People carved
volcanic rocks thousands years ago. In addition there you will see 3 churces, winery and
storehouses. There are huge rolled rock door on the enterance of the storage in order to
provide security. When you observe the valley from the top, you will see very interesting
holes. We believe that people were actively used this valley for th boat transportation. It is
sure that once upon a time there was very deep river in the valley.
Water evacuation tunnels are another interesting structure that should be seen in order to
prevent floods during the periods when the water level increases. When we consider that
people carved those rocks thousands of years ago, it is really worth visit this valley.
While you are walking inside the valley you will see many different plant and wild animals. 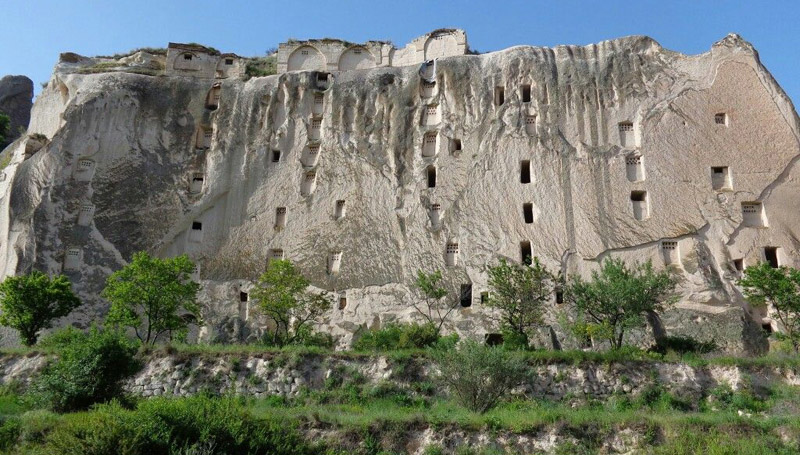 How to Make Trekking in the Gomeda Valley?

Gomeda Valley is a four kilometer hiking trail. When we arrived to entrance of the valley
from Sinasos Village by car, we will see amazing panaromic view point of the valley. After
that we will visit a church, then we will reach into the valley by walking. When we enter the
valley, we determine our walking route to the Ürgüp town, on the edge of a small river that
flows seasonally.
There are several walking route for the Gomeda Valley. The second one is we could start our
tour from Golgoli Ancient Ruins, the another one is From Pigeon Valley to the Gomeda
Valley and from Pancarlık Valley to the Gomeda Valley.
With this feature, it would not be wrong to call Gomeda Valley the most famous valley
located at the intersection of the most natural and untouched valleys of the Cappadocia region. 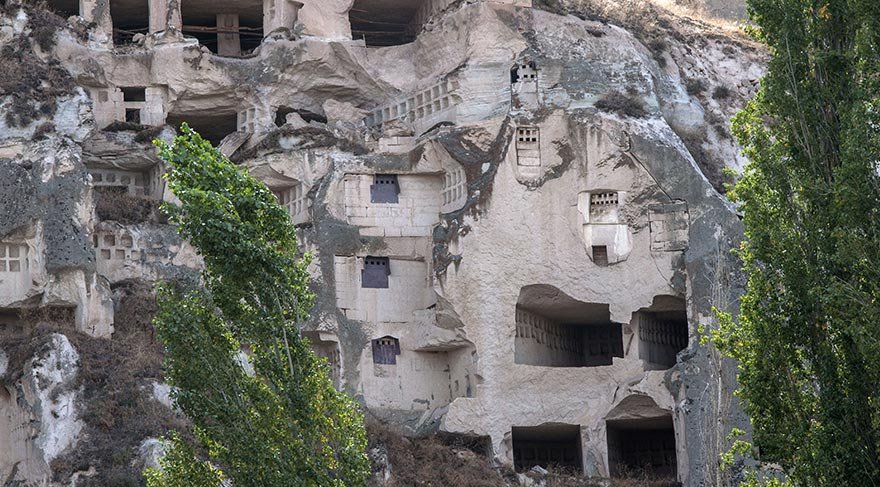 It is sure that Golgoli is the most hidden but one of the best settlement in the Cappadocia
where is located on the shore side of the Damsa Dam. Golgoli Ruins have a different structure
and life when we compared to other settlements of the region. Water was brought to this
settlement wia aqueducts. Winery activities have become an important way of life and it is a
settlement built on the slope of a hill dominating the region.

As a result of the researches, it was understood that in some periods, people from the
bourgeois class or aristocratic class lived in this settlement.
There are many multistorey pigeon houses and winery around the huge rocks mass. They are
also contains various northern and southern dwellings for summer and winter. In some of its
rooms you could see Greek text carved to the rocks.Those are most probably kind of written
for the memory of Greek peoles. We could determine that those people was musician and they
visited Golgoli to in memory of their ancestor. 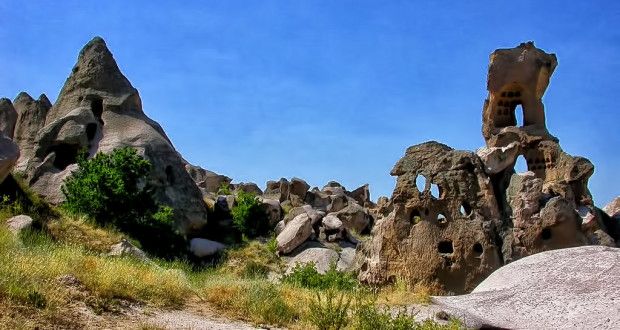 Üzengi Valley is an enormous valley between Pancarlık Valley and Gomeda Valley, between
greenery and natural fairy chimneys. One of the most important features of Üzengi valley is
the presence of water resources that come to the surface naturally and contain rich minerals.
This water, which is a natural mineral water, is also a medicine for body fungi.
In addition when er reach to end of the valley you will see the biggest pigeon houses of the
Cappadocia. There are several floor on the surface of the immense rocks. If you want we
could climb together on of the pigeon house and we could get rest temporary. 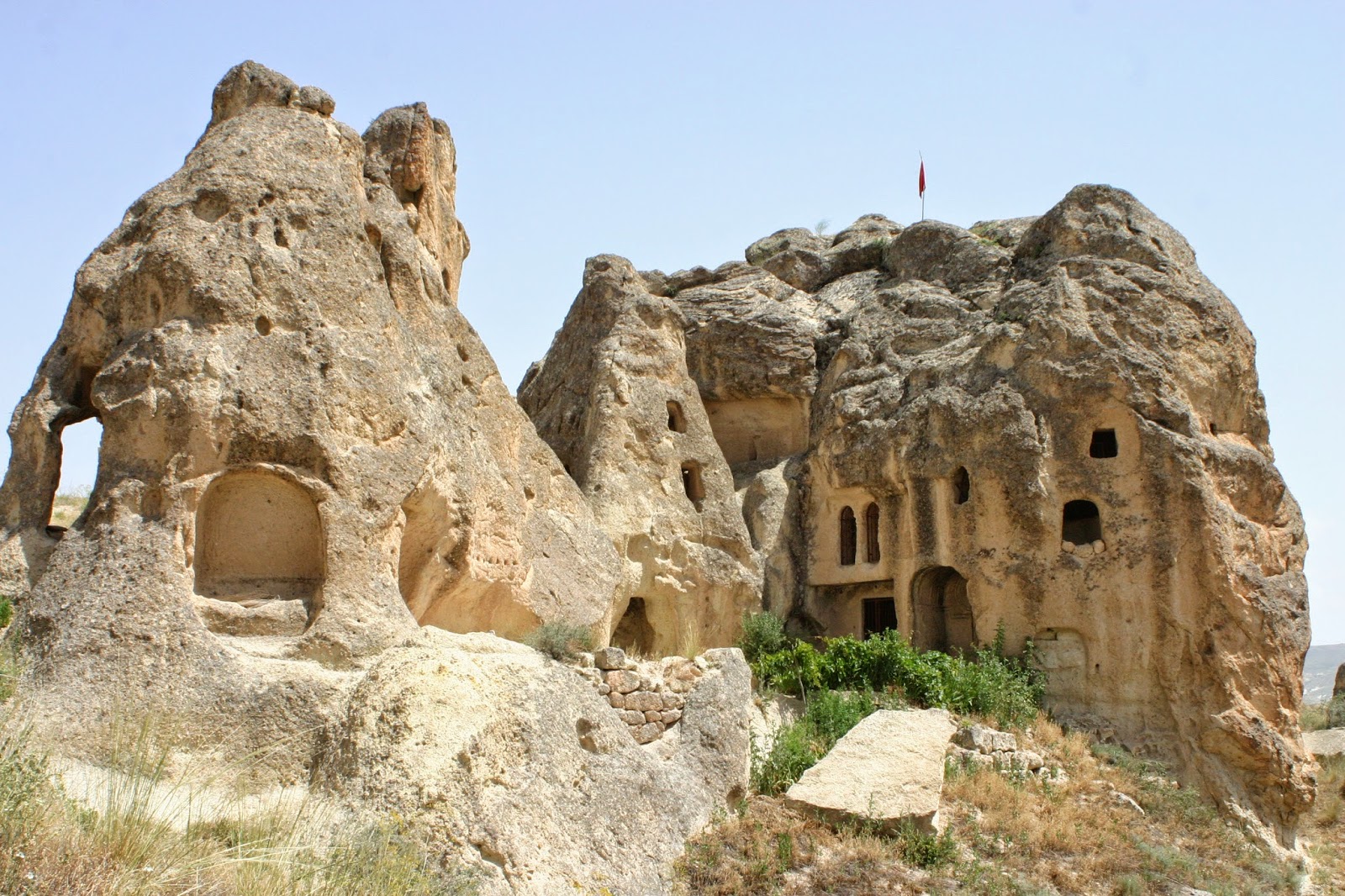