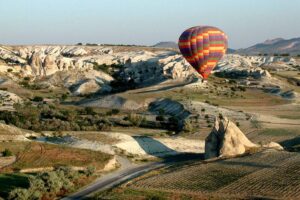 The Cappadocia Region has a historical background of thousands of years which varies from social, political and cultural point of view due to the geographical features originating from its geological and topographic structure. In terms of political boundaries, the borders of Cappadocia have changed many times in history, and the region that includes Nevşehir-Aksaray-Kayseri and Niğde is defined as “Core Cappadocia”. The region has an important position especially since it was located at the crossroads of the roads starting from the Early Bronze Age and east-west and north-south directions during the Assyrian Colonial and the Hittite Period. During the first millennium B.C, Nevşehir, located within the borders of the Tabal Country during the Late Hittite Period, carried a border zone between political structures in all periods with the advantage provided by the Kızılırmak (Halys) River.